If you've been paying attention to conversations around DevRel on Twitter this week, you'll know that there have been a lot of negative tweet threads and hard-to-swallow "hot takes." I've been reminded multiple times of what it was like over a decade ago when I was at O'Reilly Media, still trying to figure out what this whole "Community Manager" title meant for me. I switched from handling book publicity to building communities right around the time that social media networks were exploding (Facebook tabs, anyone?) and pretty shortly thereafter, I was getting the classic "oh, you're a Community Manager? Can I talk to someone who actually knows what they're talking about? You simply handle the social media accounts." at technical conferences.

To say it stung is an understatement. I knew that more often than not, I could answer their technical questions. I also knew that on the off chance I couldn't, I knew exactly who to ask within the community. I started testing out different titles at conferences, rarely putting my actual title on my badge, and saving my business cards until after a mutual respect had been established in the conversation.

It's hard to realize that despite being one of the most visible roles in the tech industry these days, people largely have no idea what we do or the value that we provide. That struggle isn't helped by the fact that companies around the world are co-opting the term "Developer Relations" for their own purposes, including Sales Engineering and Demand Gen Marketing teams.

But I'm also realizing that we can't get our backs up. It doesn't do anyone any good if we're approaching this from a defensive standpoint, coming across as judgemental of other departments ("We're better than x " or "At least we don't do y ") or silo'ing ourselves as "special" or "different." Are we different? Sure! But if we're saying that the top priority for DevRel is to provide value for our various technical communities, are we doing that when we attack our colleagues?

Why not live out that goal instead, helping to shape people's understanding of DevRel so that they too can distinguish between pure Developer Relations and that which might have been co-opted as the latest buzzword by an overly ambitious company that doesn't quite understand the true purpose?

Let's take the high road. Ask for clarification. Explain our intent. Assume the best of others. And continue to spread the good word about (dare I say, evangelize? 😜) Developer Relations.

What you should expect a very junior CM to do:
- Facilitate answers to questions
- Create content to fuel engagement
- Report on metrics

What you shouldn't expect of them:
- Define the business objective & strategy
- Have existing processes
- Know right metrics to track

In amidst all of the "but what is DevRel, actually" conversations was this gem from Maggie Pint:

I think DevRel is extremely important to software communities, but I fear it creates a standard to which nobody can actually live up. We are getting 'superstar' DevRel people out there now, and many people don't understand that those people aren't 'doing it all'.

and Emily Freeman's response perfectly captured what I've been feeling about the term superstar lately:

We are not superstars. We are tired. And many of us don’t code on a regular basis.

Can I? Heck yes! Is it the most valuable thing I bring to Microsoft right now? No.

There are so many ways to thrive in this industry. Be you. And be awesome. ❤️

Ben Schwarz brought it all back into perspective that might be helpful for those around you:

I think it’s easy to see DevRels as superstars, but I think it’s useful to remember that they’re literally paid to be super knowledge and they work really hard to be so. Also, they’ll happily put out great content to help you learn.

PSA to anyone looking at #cmgr metrics and dashboards: If you are not presenting data as percentages it will not make any sense. I don't care if 150 people responded to a discussion. I care whether that was .005% or 75% of the community

Be You and Value Yourself

"Be You" is some of the best and also hardest practices of working in #DevRel. There is always another sample project, another conference - there is always documentation to write, or people to help. Being yourself and valuing yourself is critical! 💕

The Essence of DevRel

Out of all of the negativity and controversy on Twitter in the last week came a few brilliant tweets about the essence of DevRel that I thought I'd share with you.

p.s. I'm always looking for good explanations of DevRel to include in the resources on my website as well as over at devrelcollective.fun -- if you know of some, send them my way!

I'm not a dev rel, never have been, but all the good dev rel's I know spend lots of time with customers, seeing where their pain is, and then preach to have that solved within the company.
Their talent is in communication - not just communicating to customers/users how to use a companies products, that's only half their job, they also communicate to the companies engineers on what needs to be prioritised. Their talents would be wasted working on the products.

Community Should be Integrated into Every Part of the Business

You might have a community title but are actually working on...

...and that's okay. Anyone can take a community-driven approach to their work.

This is something I've changed my mind about recently.

Used to believe that to be a community pro, you have to purely build community spaces.

Now I believe community is integrated into every part of the business. It's an approach to achieving goals rather than a goal in itself.

People Are Clamouring for Community

Check it out to see her views on a variety of social platforms and why "breaking away from broadcast" is important.

Why Developer Relations should care about Software Development Metrics

Tracking metrics isn’t a new conversation in DevRel, but paying attention to software development may be a new strategy. Bitergia explains why this is important:

When looking for ways to measure developer relations success, you need to measure that you’re contributing to your company, as well as measuring that you’re contributing to your community, taking into account not only quantitative information, but also qualitative one to get an overall view of your developer relations’ efforts.

10 Truths I Learned about Developer Advocacy

For those who are "DevRel-curious", getting a no-holds-barred, good, bad, and ugly representation of what DevRel is all about can be difficult. This piece from Peter O'Shaughnessy does an excellent job of breaking it down in a clear and easy-to-digest manner. This one will be joining my list of resources to send folks when they're wanting to know more about this world!

Why Most Solutions To Community Problems Fail

If you've ever worked with me you know how often I go back to Simon Sinek's "Start with Why" premise. I believe strongly in this question as an essential starting place for all plans and strategies, because without answering why you're doing something, how do you know if you're actually doing the right thing?

This Feverbee article reinforces this concept:

I’d argue most [companies] are rushing into solutions which fail because they didn’t clearly define the problem. You [should] always spend more time diagnosing the problem than coming up with a solution.

If you’ve properly diagnosed the problem, the solution will present itself.

Speaking of asking why... not only does this question help you prioritize tasks and figure out goals, but it helps you figure out how to structure and design your community as Majorie Anderson points out in this article. Bonus: the research article that she mentions is full of fascinating tidbits.

The business with an engaged community wins every time.

This short & sweet post from David Spinks on LinkedIn succinctly answers the question "What's the business value of community?"

The community does things employees can't do and at a scale teams can't reach alone. This is a fundamental shift in how businesses function. Marketing isn't one-to-many, it's customer-to-customer. Product isn't built in a silo, it's built collaboratively with customers.

Community Building: More is Better—Or Is It?

Far too often, I've seen the call for "let's do more!" going out without thought for the true need, let alone the value-add versus the time invested. Techstars published an article this week that addresses this very concept. While an increase in activity, whether that be number of events, pieces of content, or tweets published, can be seen as a sign of growing maturity in a community, it can also become a trap.

There is a trap that evolves in some minds that if the first handful of activities start to build some very visible momentum, then more activities would have an even larger effect. Unfortunately there is a ceiling to the number of activities and the subsequent impact.

Looking for a way to treat yo'self at the end of a long year? The Community Roundtable put together a list of perfect gifts for those of us who are often frequenting hotels, on the road, needing good charging cables, or just need a way to de-stress.

This week's round-up of podcasts includes yours truly, talking about The Business Value of Developer Relations as well as a round-up of DevRel "War Stories" and more.

2019 looks like it's going to be a great year for DevRel-related events! Take a look at the list to round out 2018 with a webinar or a meetup, or start planning your travel for the new year. 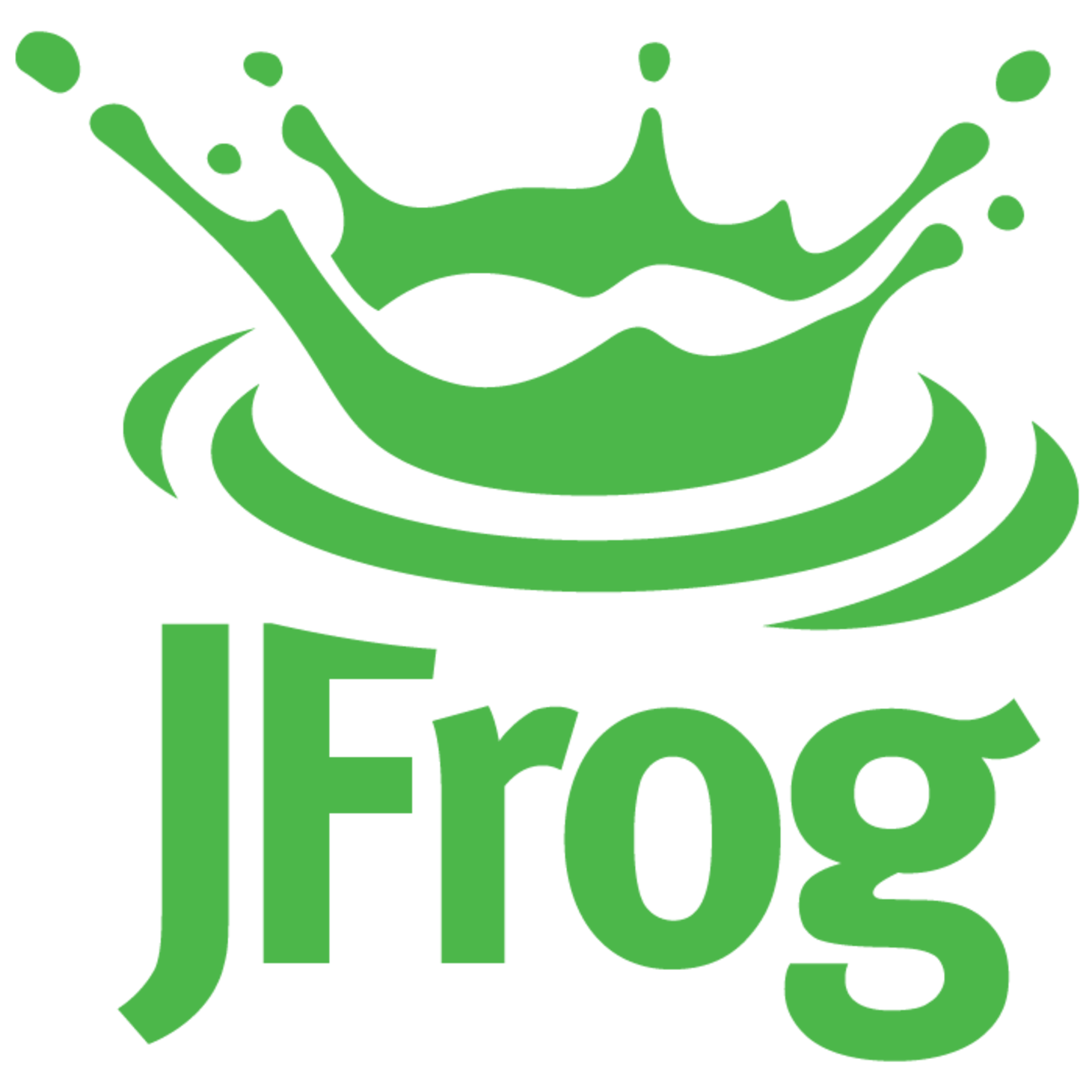 This Community Manager role is a technical advocate to grow the JFrog DevOps community in Japan. You will organize Meet-ups and speak as the face of JFrog. Interested? Join us and leap together!

The mission of the Bose Developer Relations group is to enable a growing community of innovators, developers, and content creators to deliver amazing experiences to our customers. We do this by engaging our community around the world, at key events, in key regions, and online through our portal, workshops and other channels. Representing the needs of our community and partners back to platform teams at Bose, we will make 3rd party integration easier and scalable. Working with outstanding members of our community and with supporting groups at Bose, we will find the best ways to embrace these innovations, showcasing them to our customers and inspiring continued integration and increased value of our platforms.

On the hunt for a new gig for the new year? You're in the right place! Check out the new jobs that have popped up over the past few weeks, including this JFrog Community Manager role based in Japan and a new Developer Advocate role that opened up at Bose. Noticing that some of them aren't available any longer, or wanting to make sure yours gets listed? Shoot me an email. 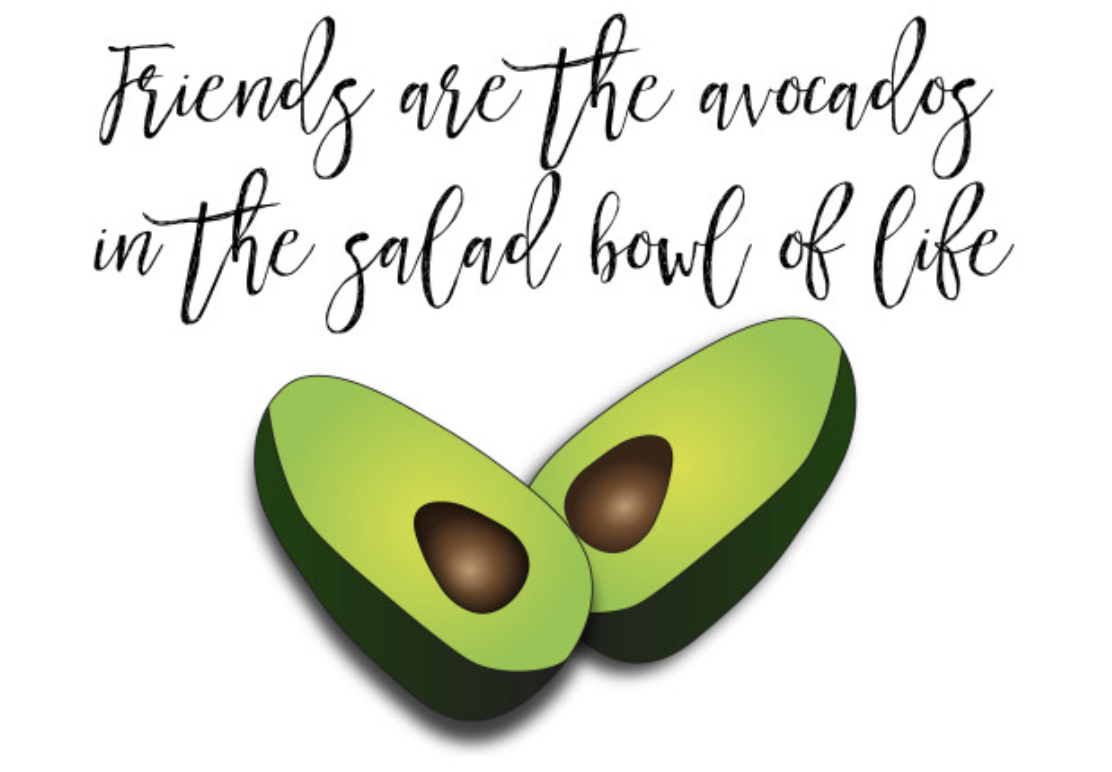 Whether it's been a difficult week for you or not, everyone could use a hug from a friend. And like this shirt reminds us, friends are the avocados in the salad of life. See you next week!

No spam, ever. We'll never share your email address and you can opt out at any time.